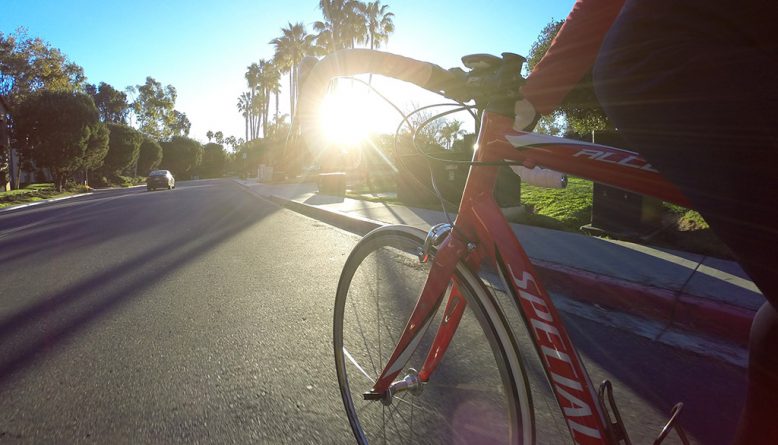 I’ve had a GoPro Hero 3 camera for about six months now, but I’m ashamed to admit that I’ve been too lazy to do anything significant with it. The biggest problem for me is video editing, which is something I’ve been dreading trying to learn. I’m already busy enough and I don’t have much of a desire to cram my brain with more information! But I’m slowly starting to realize how good the GoPro is for still photography, and I’ve been doing some fun photoshoots with it while on the bike.

Rather than mount the camera to the bike itself (or me), I decided to see what kind of shots I could get by simply holding it in my hand and shooting from various angles. Here are the results of my first attempt while riding my Specialized Allez Comp: 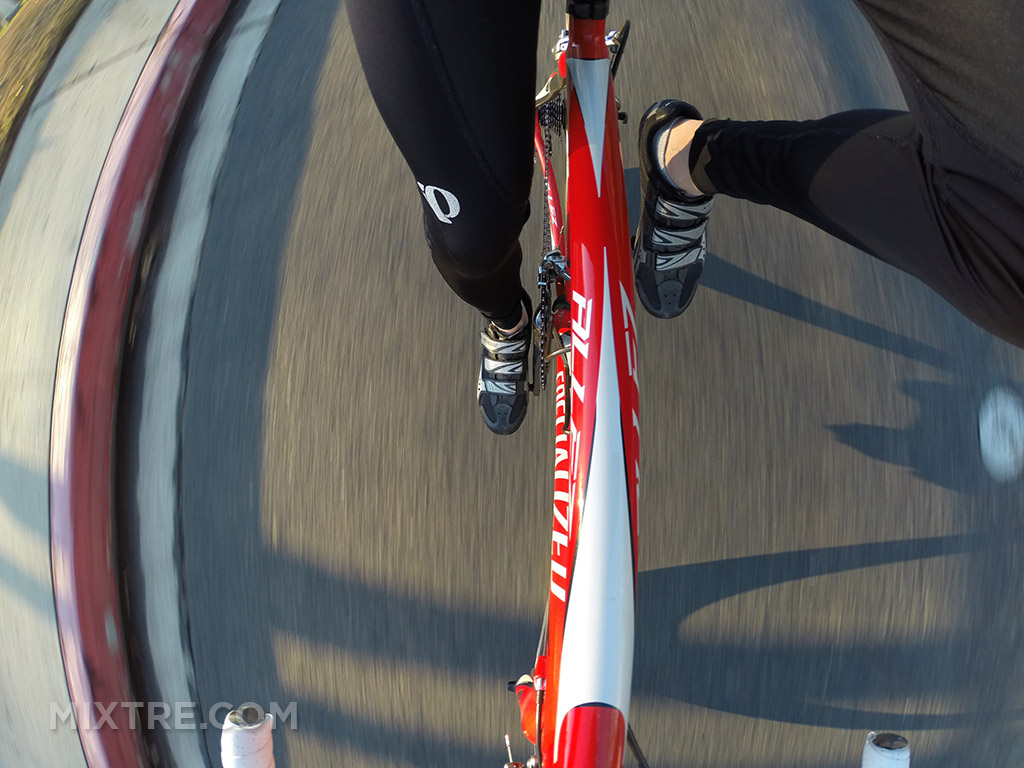 Looking straight down on the top bar 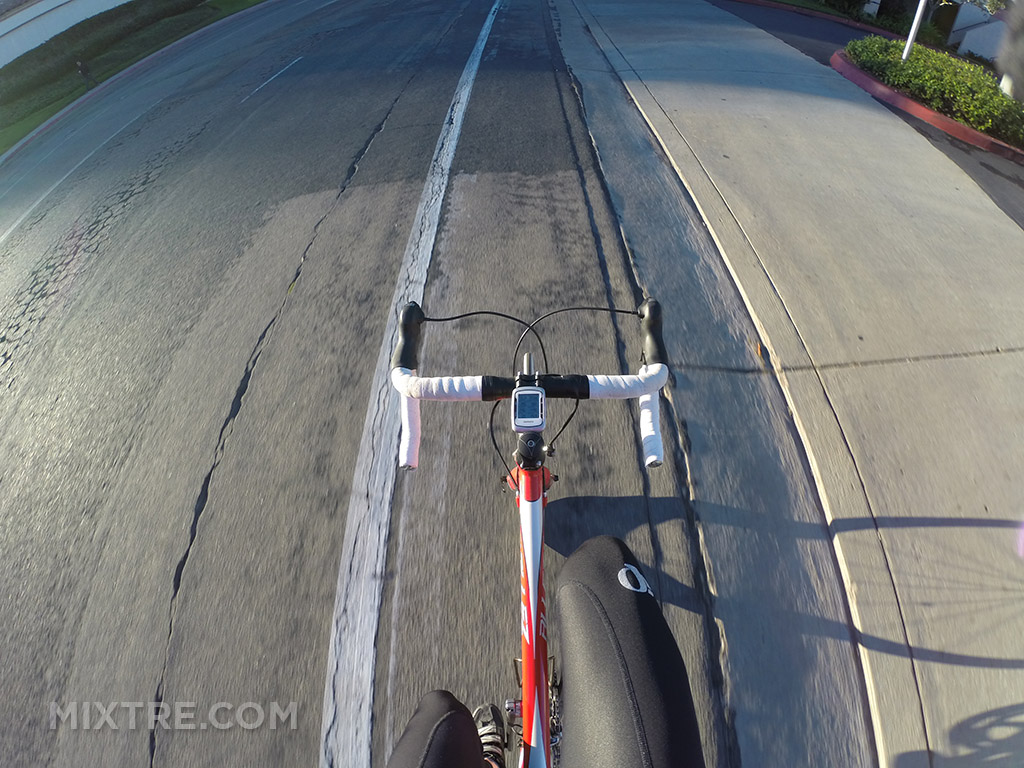 I was actually moving quite fast here, but the shutter speed froze the action (unfortunately) 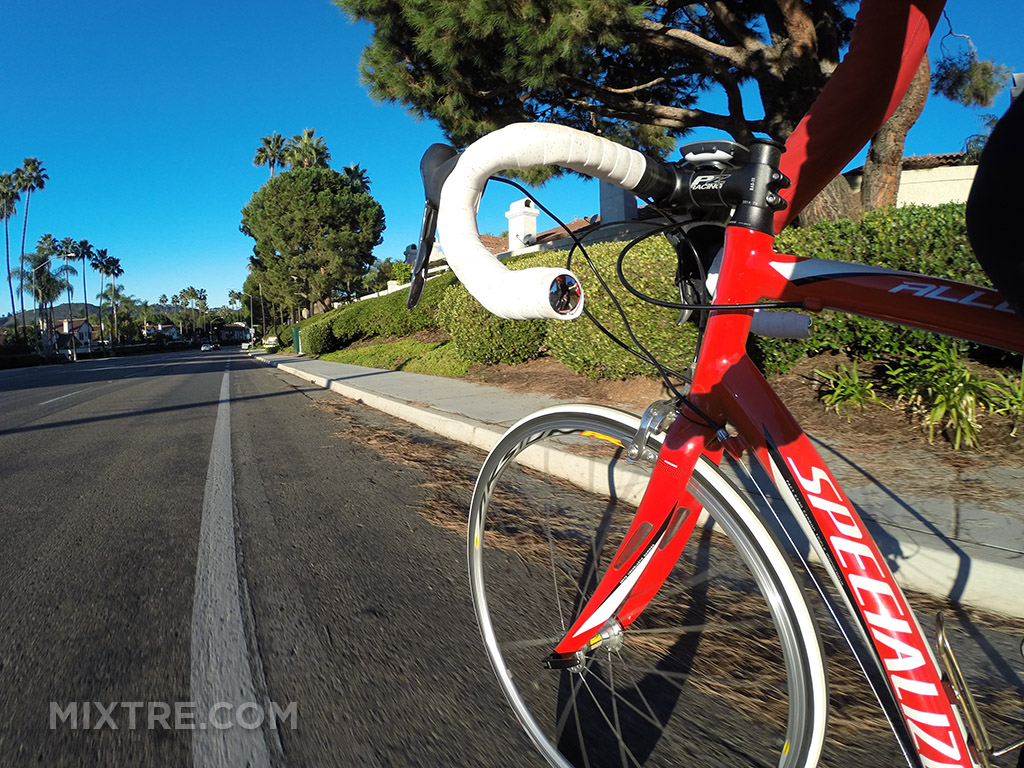 Hanging my arm way off the bike to get this shot 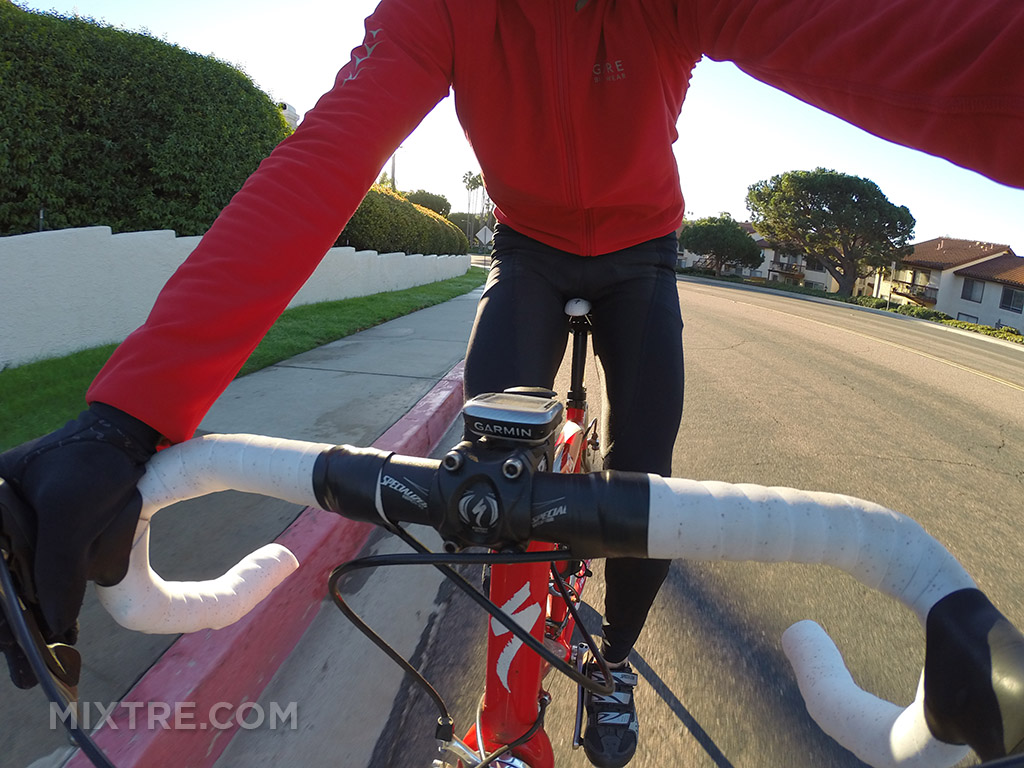 Selfie! Without my ugly head… 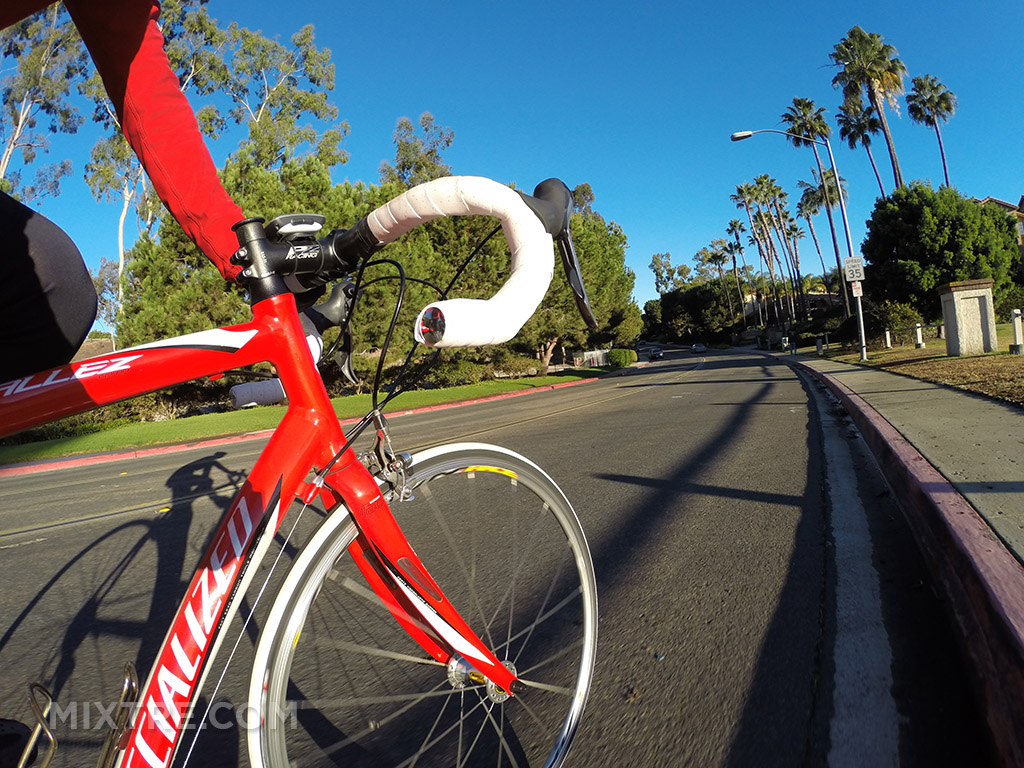 Again trying to capture some sense of speed here, but it didn’t work too well. 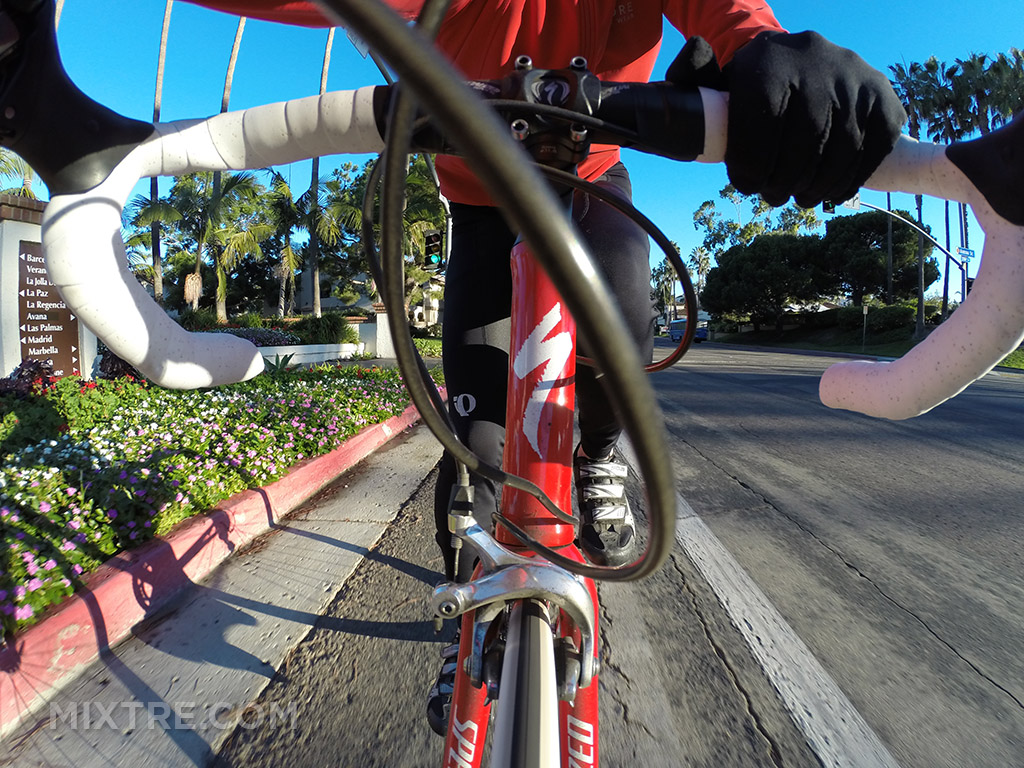 If I could just slow down the shutter speed a bit, shots like this would be epic

As you can see, it’s quite possible to get some dramatic motion pics with the GoPro. The trick is to shoot from extreme angles, which (unfortunately) means leaning off the bike quite quite a bit. I almost crashed twice, and I can only imagine the thoughts going through the mind of anyone who saw my fumbling. “What an idiot…” is most likely right on the mark.

One other thing I learned about shooting still photos on the bike with the GoPro: it’s a very strong little camera. I know this because I dropped it on the asphalt *twice* during my 10-mile ride around the neighborhood as I was getting these shots. And they weren’t gentle drops either – both times I was crushing along at about 15mph, which sent the camera tumbling along the road for a good 10-15 feet before coming to a stop. Thankfully the only damage was a slight scratch on one of the corners.

I learned a lot about creating action photos with the GoPro from this short ride, and I intend to apply that knowledge to my next photo shoot coming soon. Stay tuned for that! 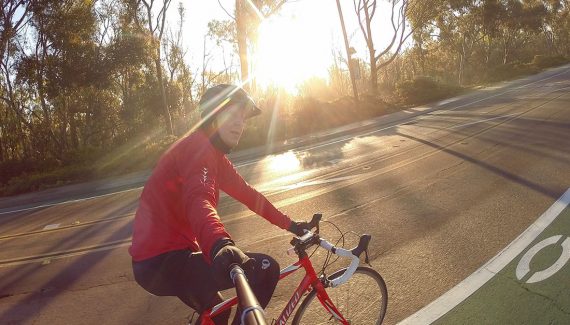 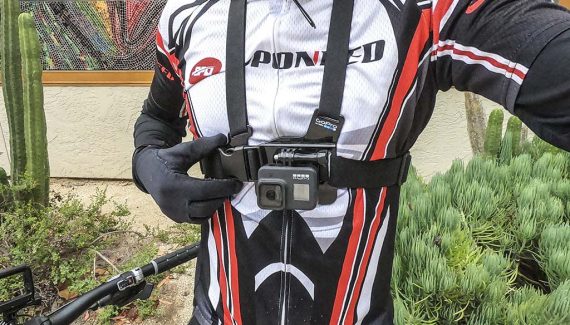