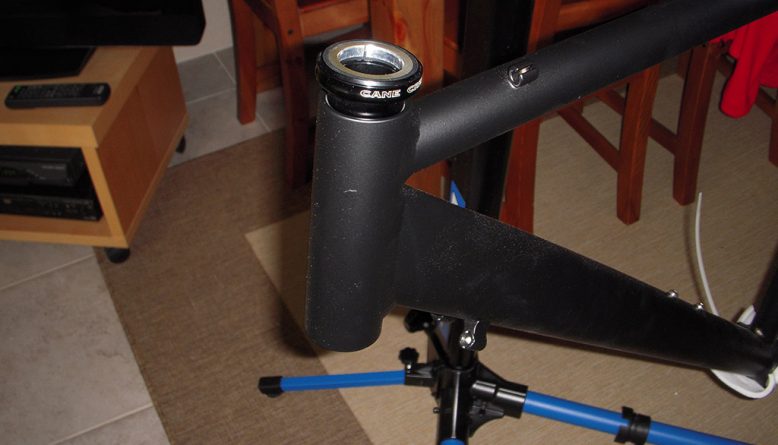 The frame, fork, and headset for my commuter/cross bike arrived earlier this week, and I’m really getting excited about this build now. The Nashbar frame is awesome, but I am slightly disappointed about the fork. The quality looks great, but it’s really heavy. I guess I should have expected that when I opted for a steel version instead of carbon fiber, but oh well. I’m still excited so I’ve wasted no time in starting to put these pieces together. I’m also starting to realize that I don’t have anywhere near the tools I need to get this done, but nonetheless, I’m pushing forward with what I’ve got.

Today I put the headset crown race on the fork, and it wasn’t fun at all. The tutorial videos I watched on YouTube made it look like this was going to be easy an easy job, but I spent several hours trying to get that crown race seated properly with no luck. For a while I even thought I purchased the wrong size, but I triple-checked everything and I did indeed have the right parts. It was so frustrating though, and I never was able to get it fully flush with the top of the fork (despite lots of pounding with a rubber mallet). Oh well – it’s close enough and most likely nothing that won’t be noticeable by anyone but me anyway. 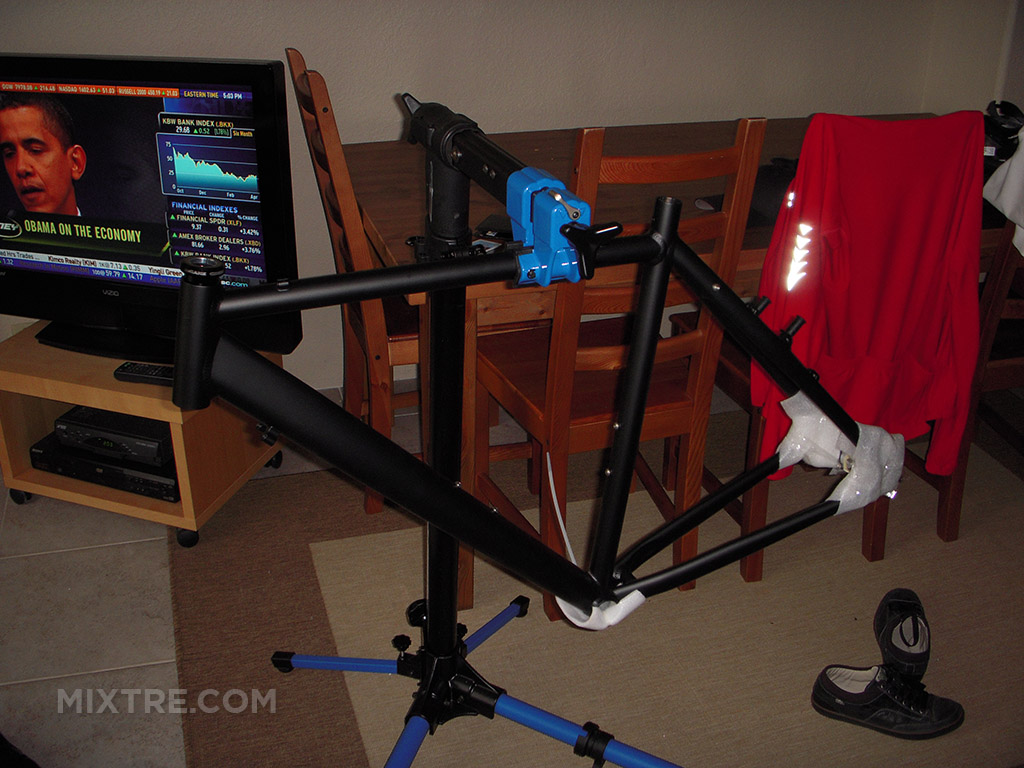 And so it begins. This is the bare Nahsbar frame on my bike stand. 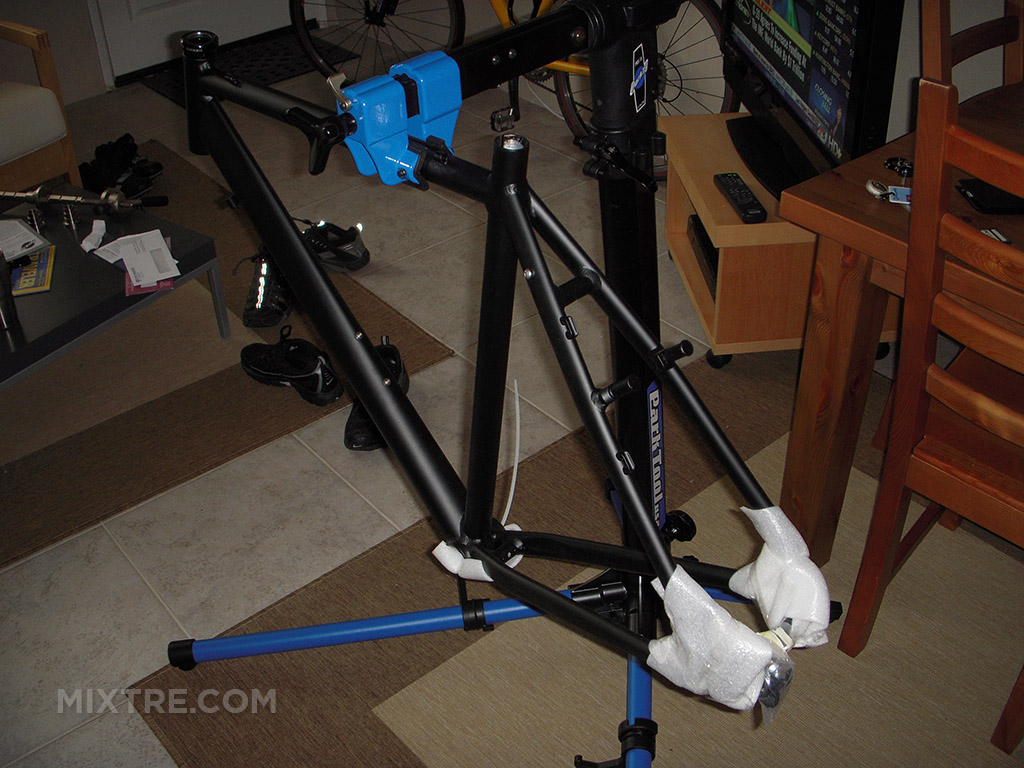 It’s actually a pretty good looking frame, and I can’t wait to see it with all the components on it! 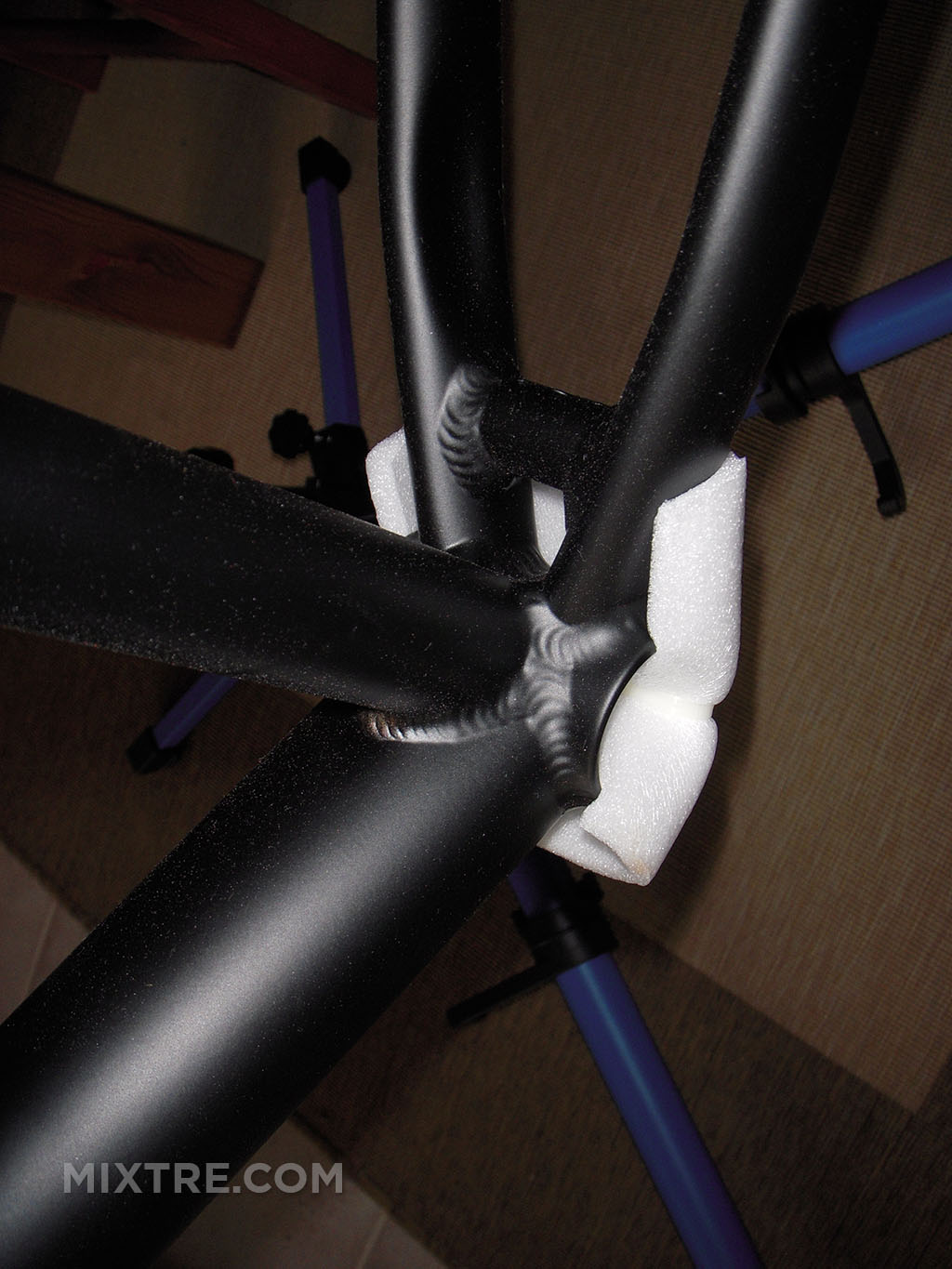 The welds aren’t totally beautiful, but that’s to be expected for a frame at this price point 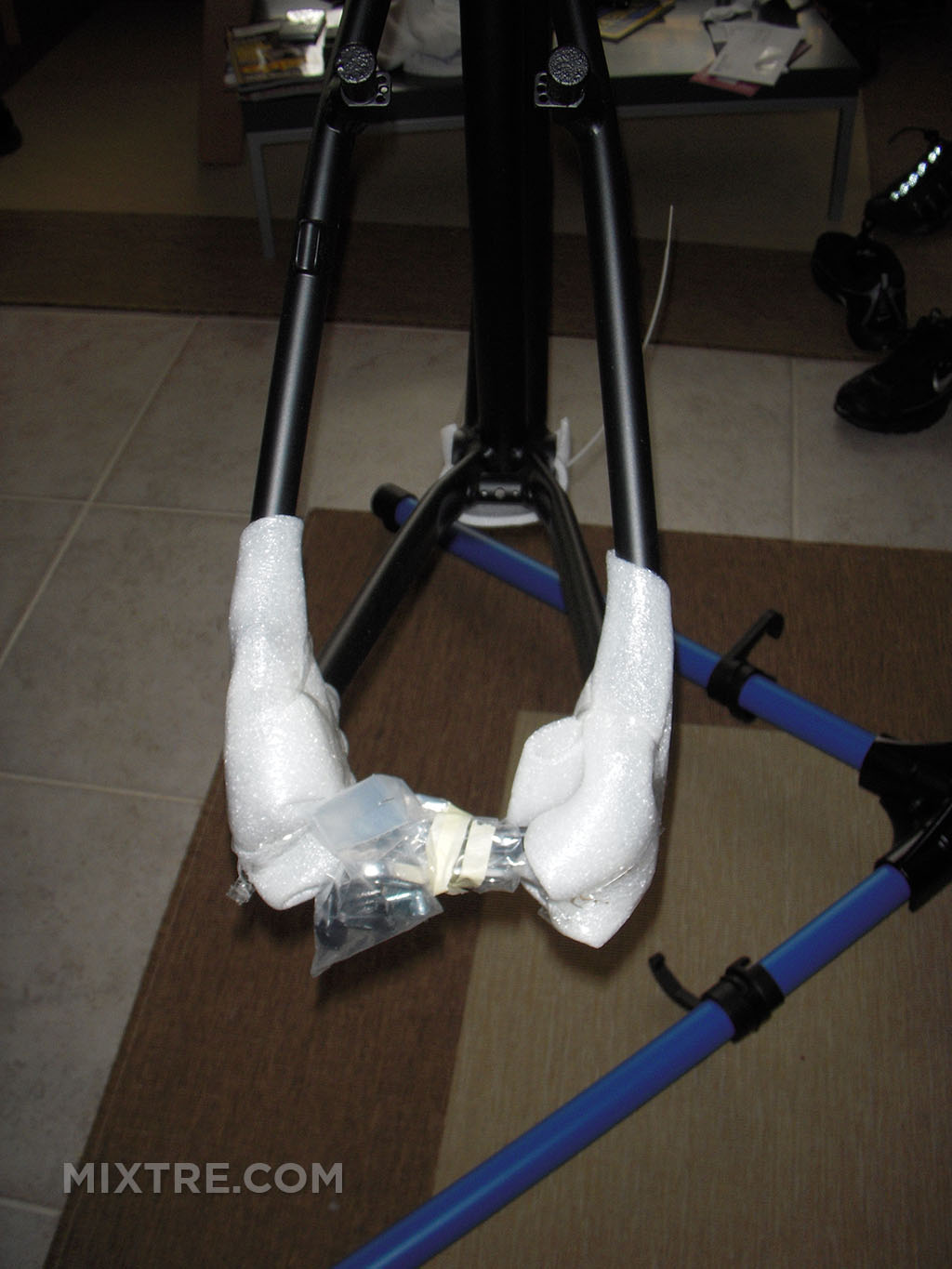 Everything was packaged quite nicely

Now that I’ve got the frame, fork, and headset, I’m quickly starting to realize that this is going to be one good looking cross bike. That satin black Nashbar frame looks menacing, and I’m anxious to see it with all the parts on it. But the unfortunate thing is that I needed tools first (which adds to the cost of this build). The biggest need was a headset press – I couldn’t do anything with this build before I got my hands on one of those. Unfortunately, headset presses are not cheap, and the thought of spending $150 on one for one simple job didn’t sit with me well at all. But I did it anyway, justifying the cost with thoughts of building more bikes in the future! 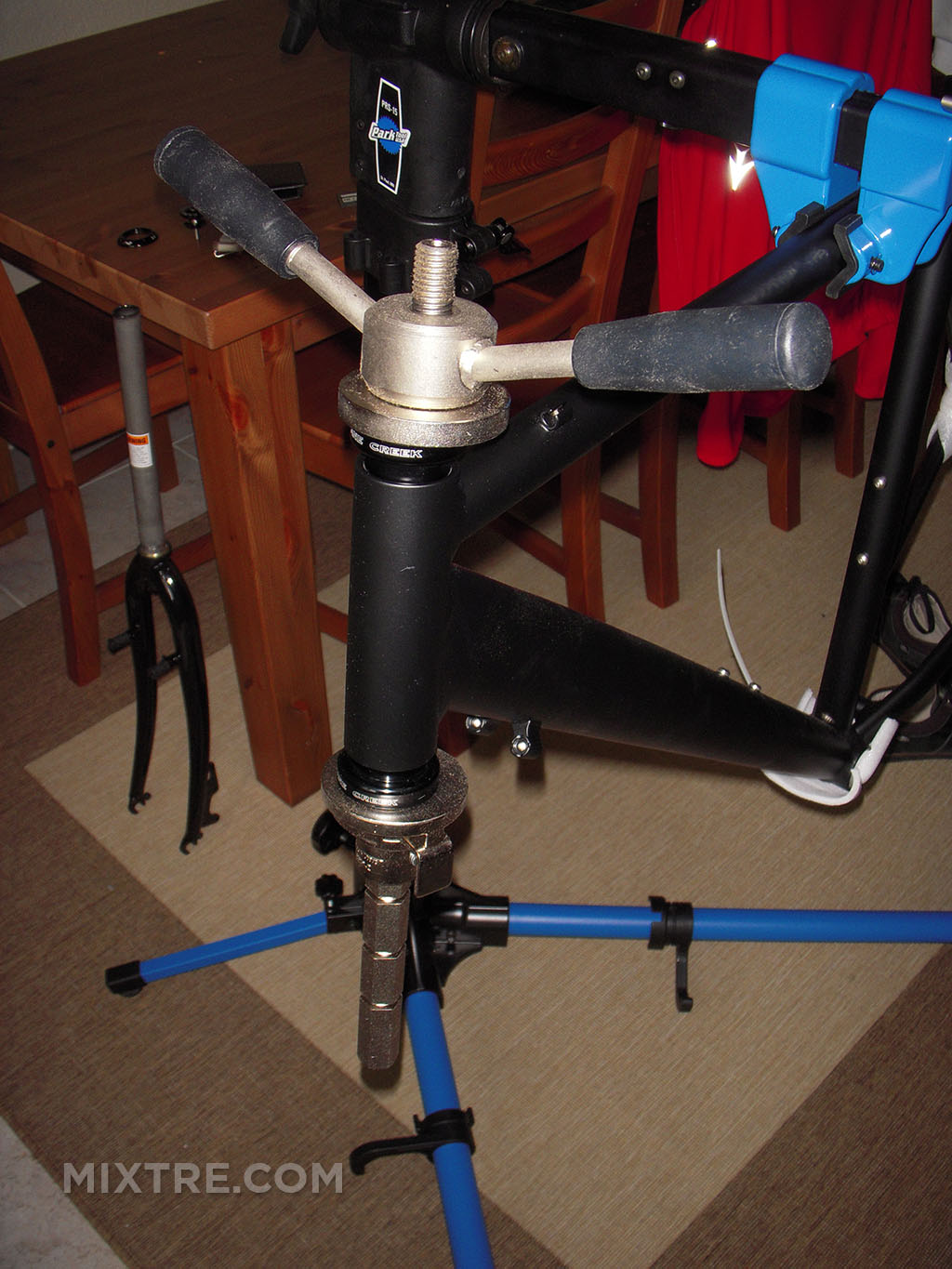 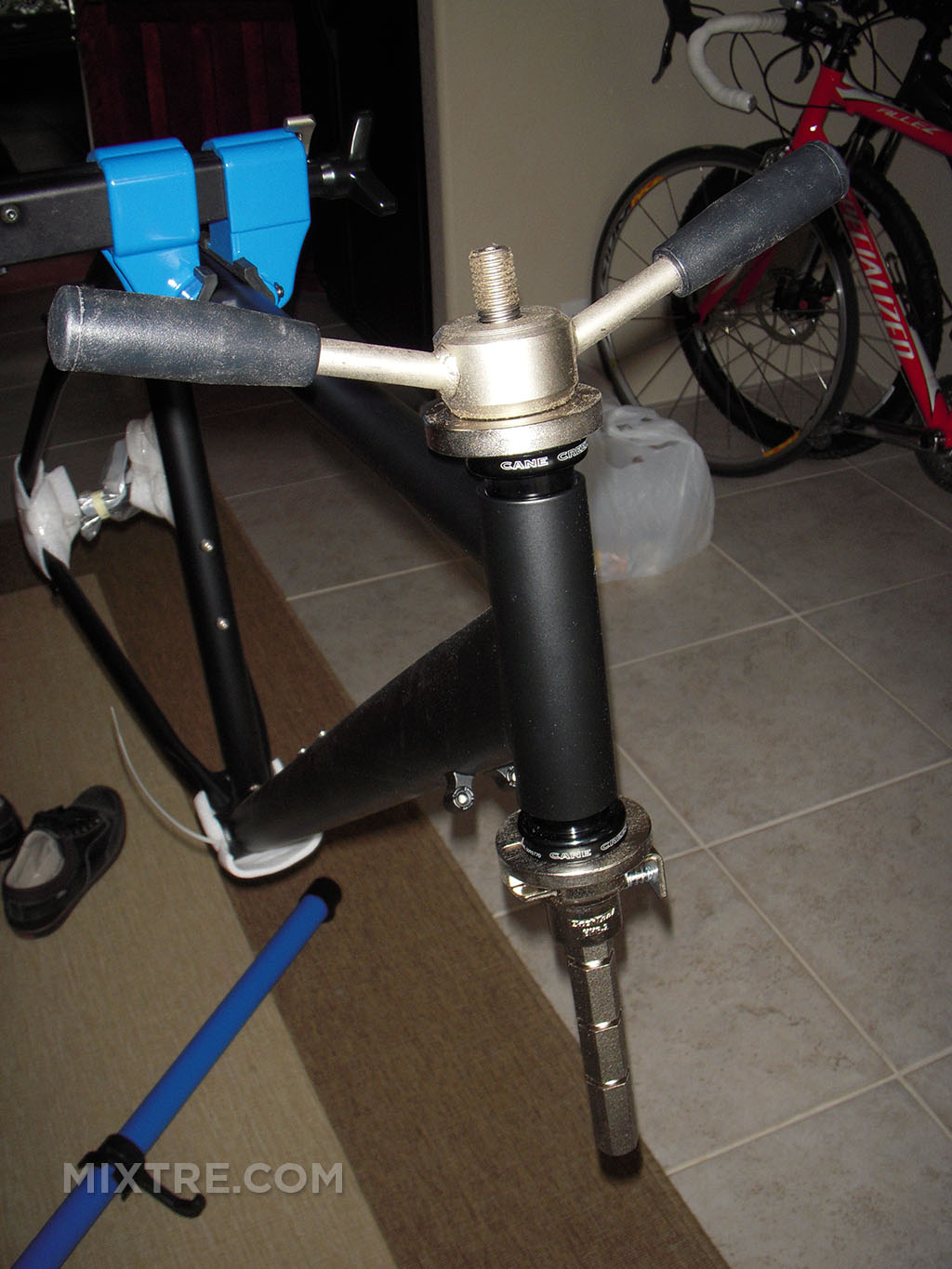 Installing the headset was really simple with this Park Tool bearing cup press! 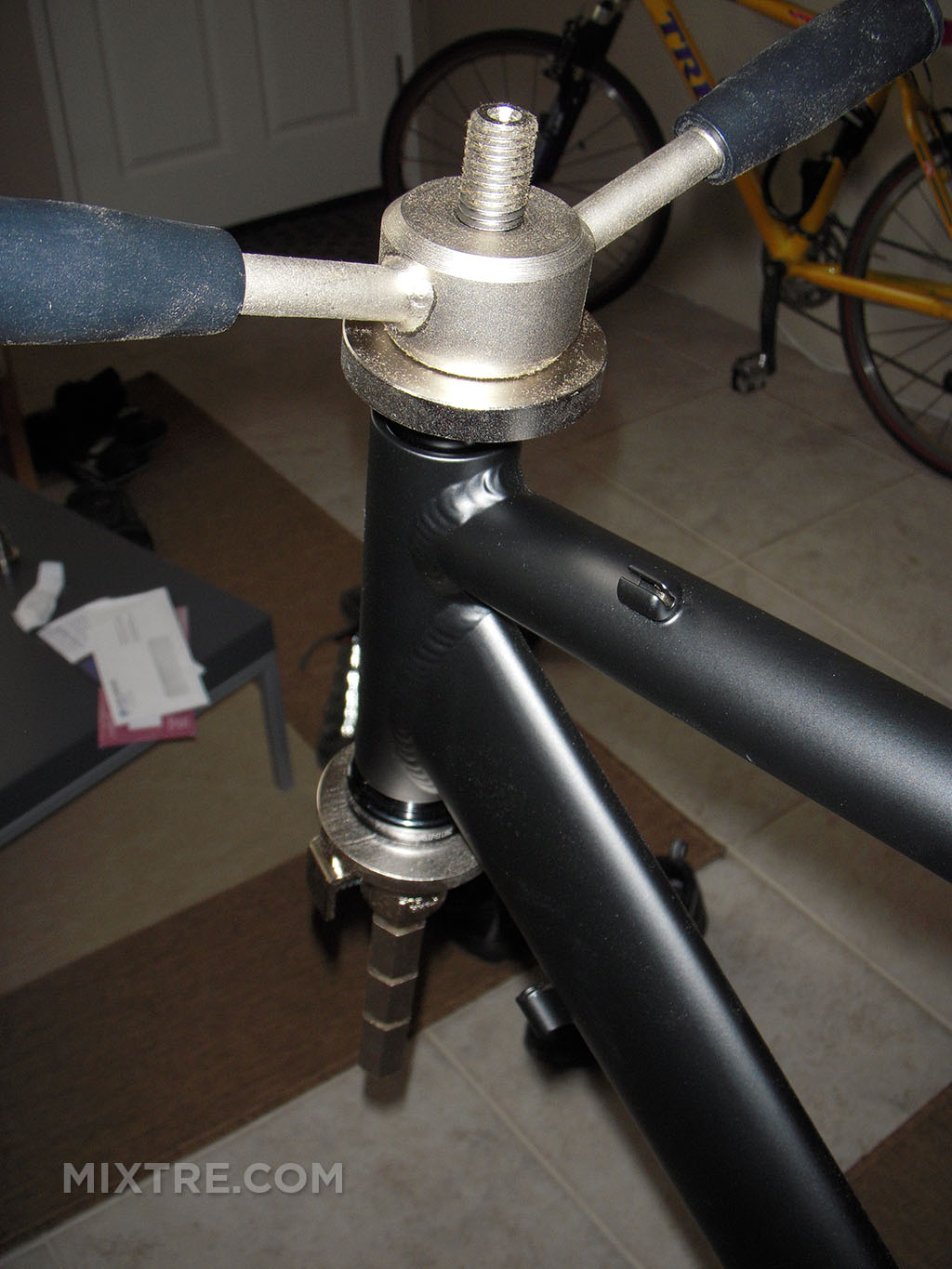 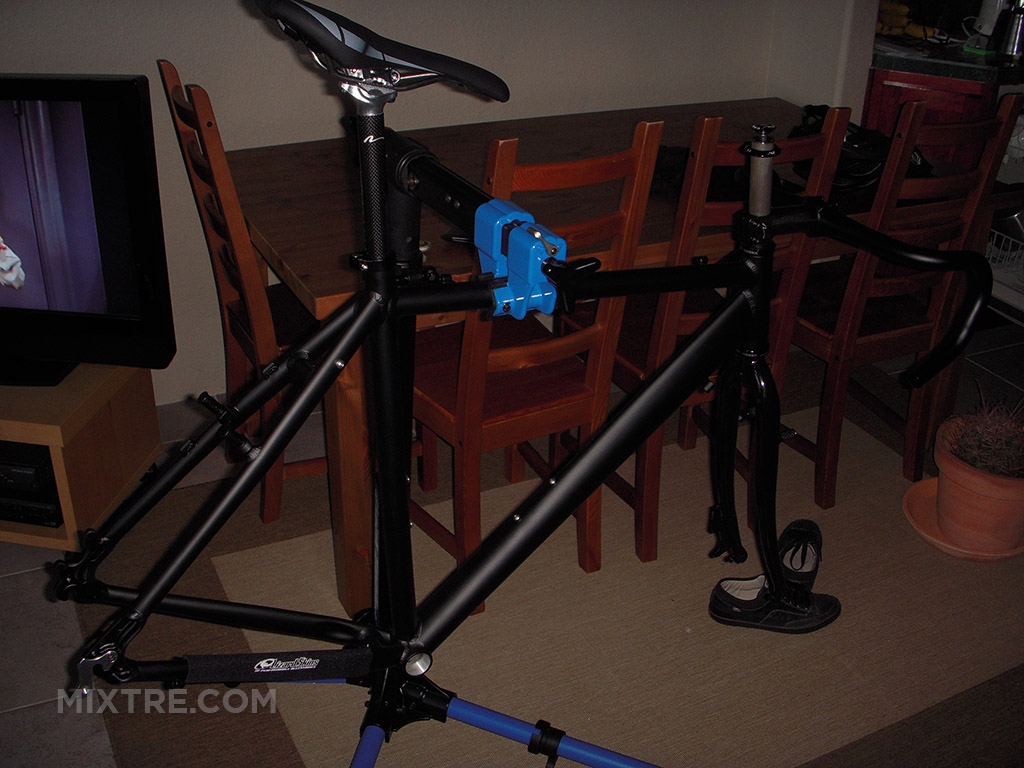 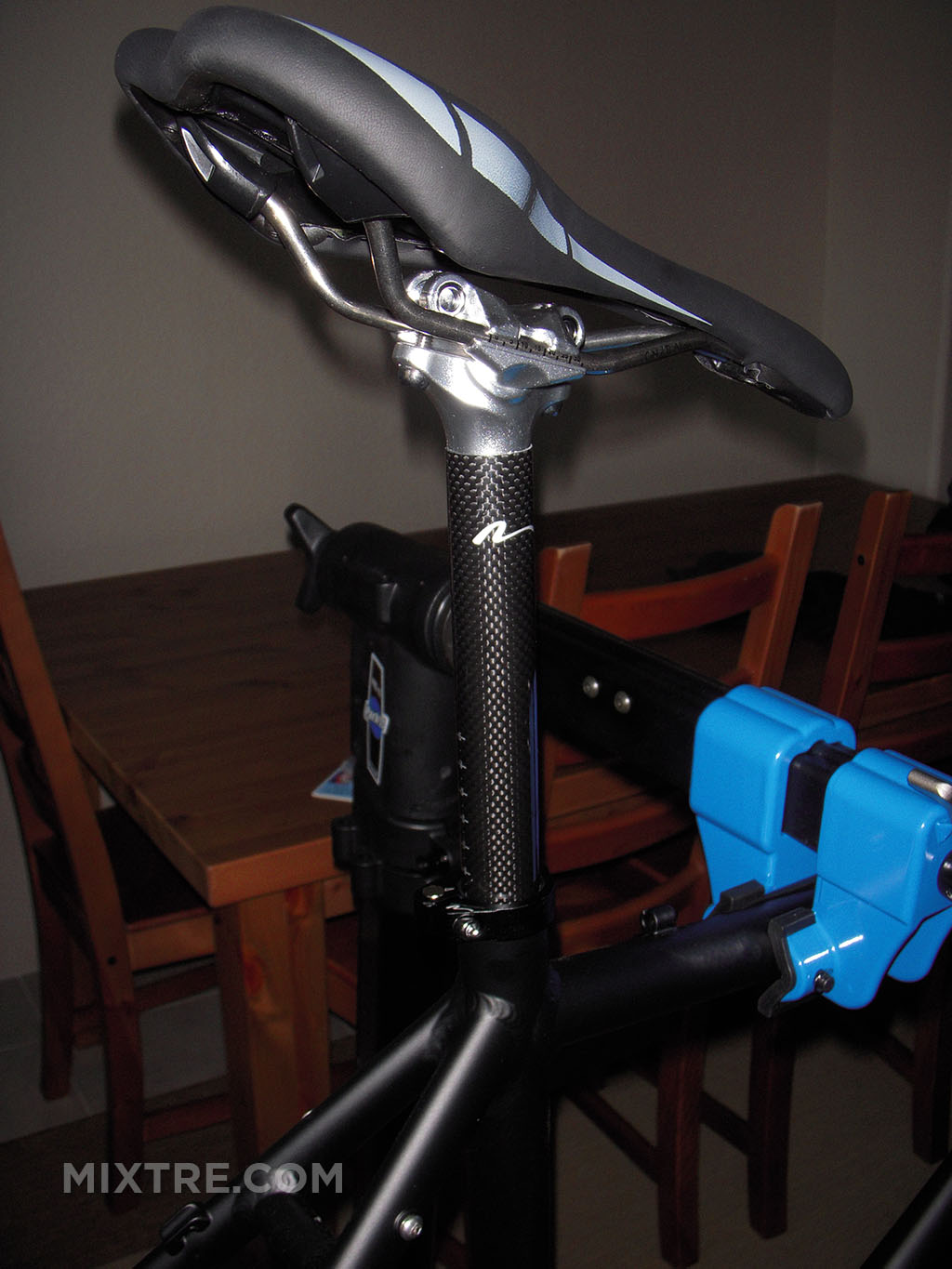 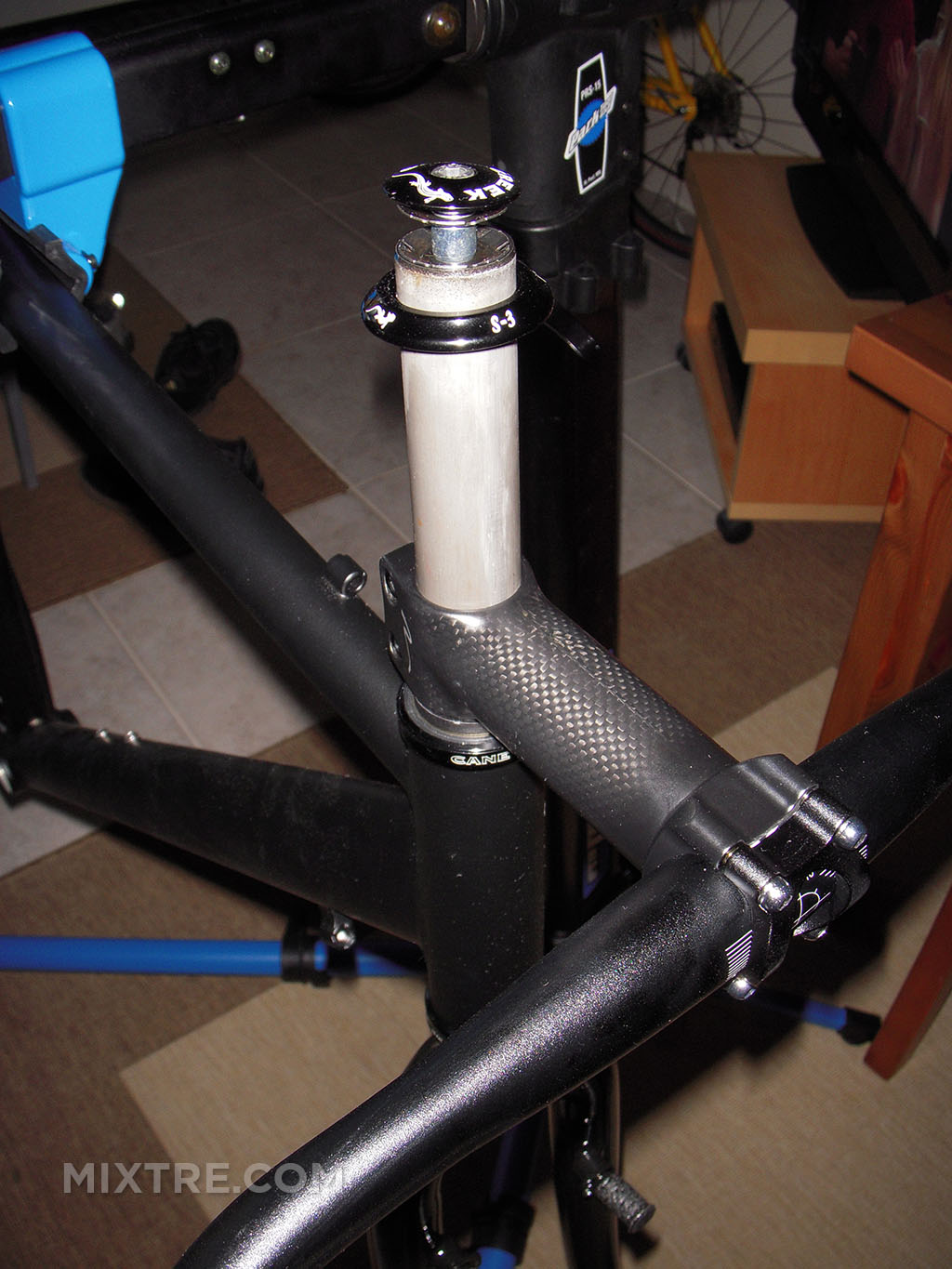 Looks like I’ve got some trimming to do! Not looking forward to hacking off that steerer tube. 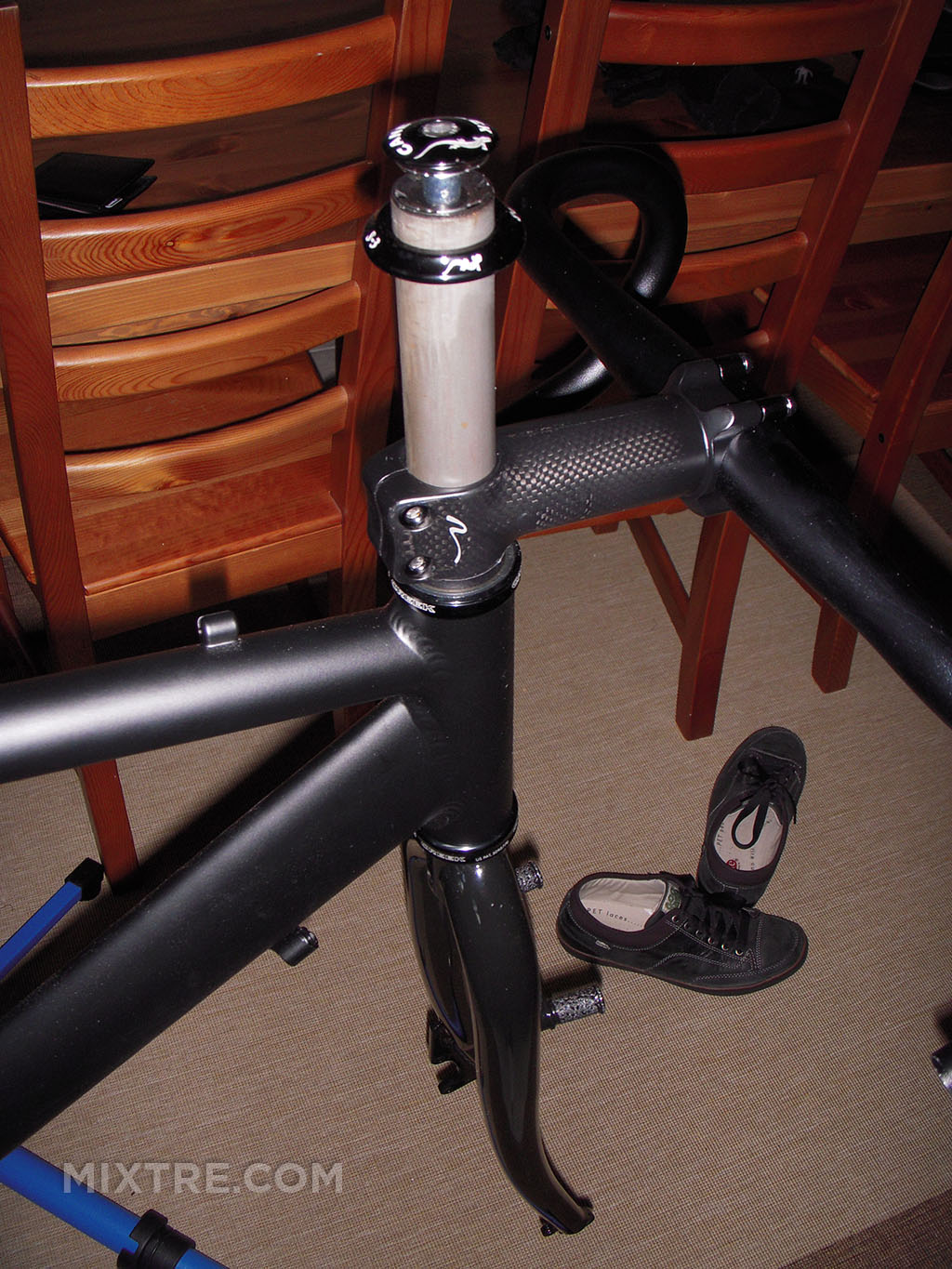 The problem is that I don’t have the proper tools to trim it, so I’m just going to have to use a cheap hack saw 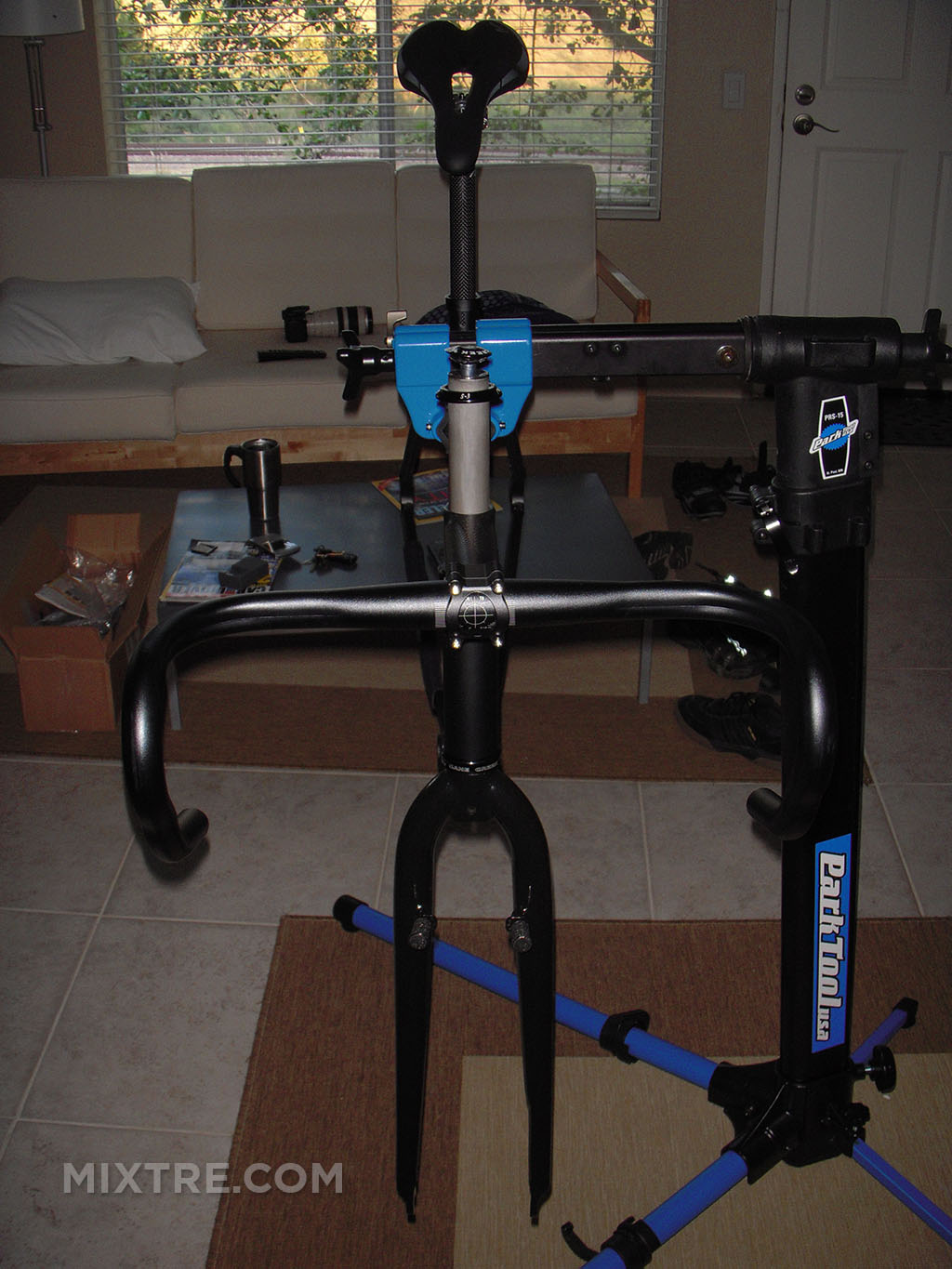 The bike is starting to come together now! There is a whole lot of detail work to do though. 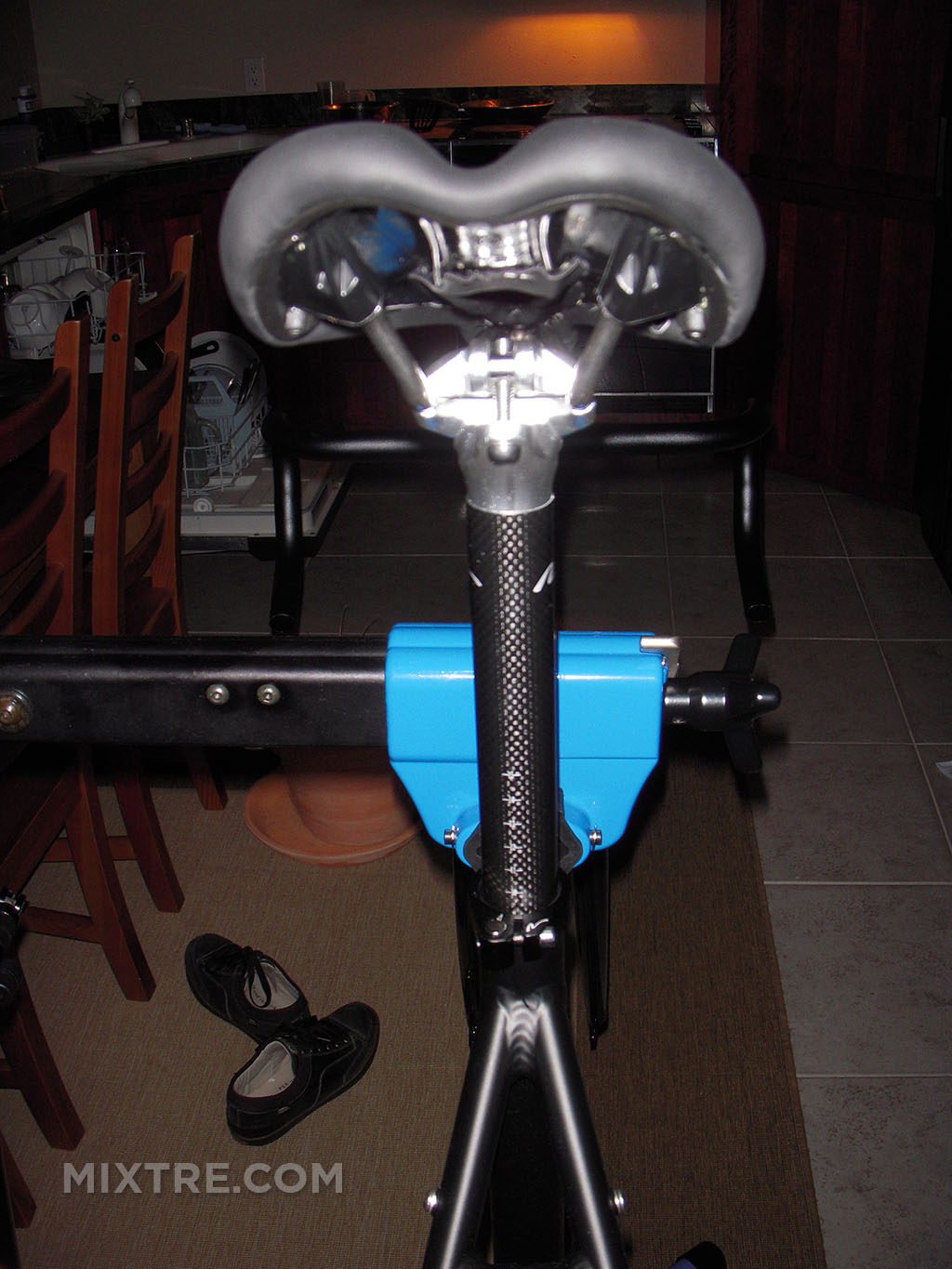 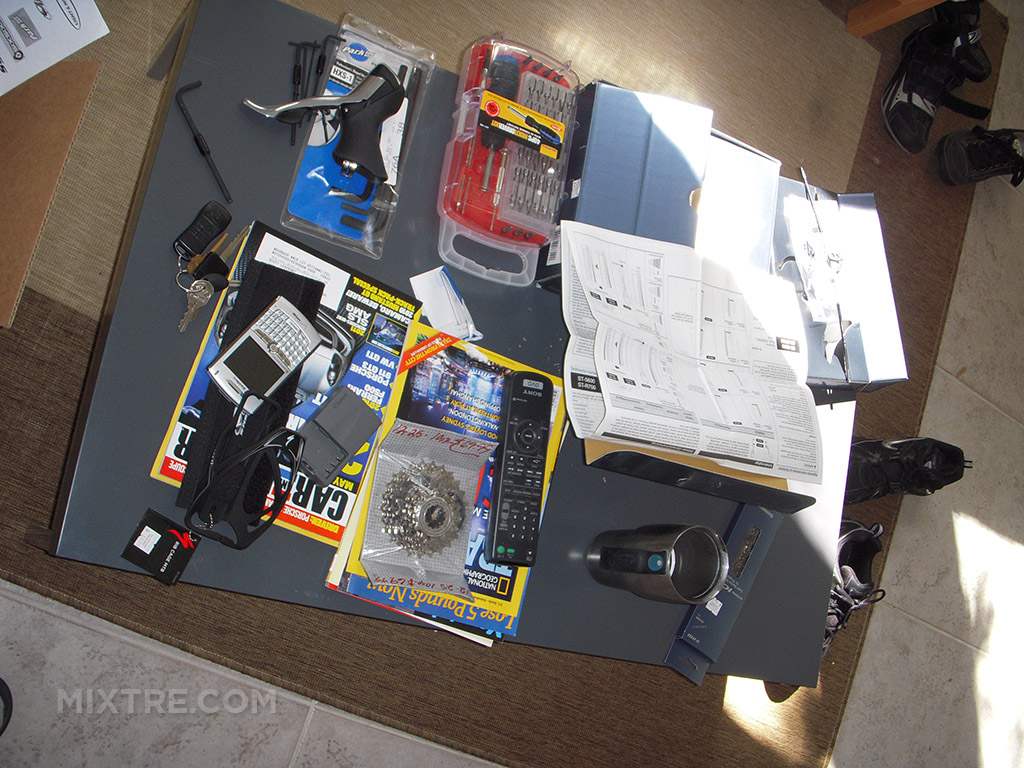 The disadvantage of building a bike in your living room: the mess builds quickly! 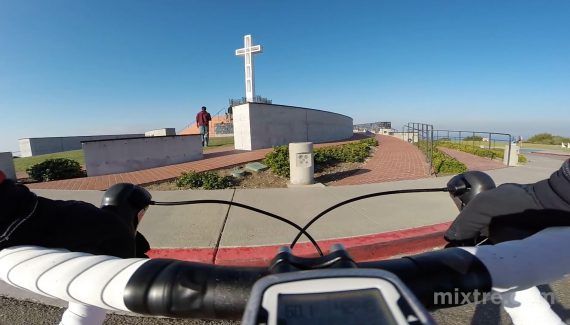 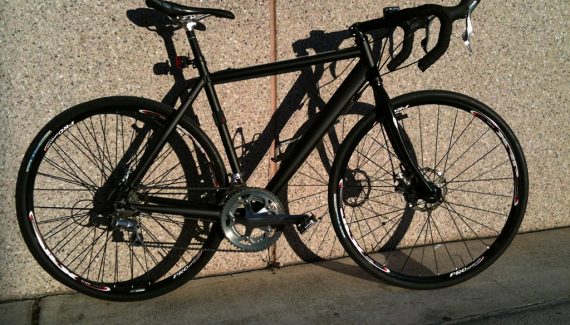